Wakayama Prefecture is located in the Kansai region, in the southwestern part of the Kii Peninsula. It is blessed with a mild, comfortable climate with minor variations in temperature, and offers students a tranquil environment that is perfect for studying.

Wakayama City, the home of Wakayama University, is a city of approximately 360,000 people, located one hour from Osaka City and about thirty minutes from the Kansai International Airport.

Koyasan is a sacred site of the Shingon sect, one of the most important sects in Buddhism. It was founded by a monk named Kukai in the year 816. For over 1,200 years, Koyasan has flourished as an active monastic center, and is one of Japan’s most sacred sites. In 2004, Kumano Sanzan, Koyasan, and Yoshino and Omine (Nara Prefecture), as well as Kumano Kodo, pilgrimage routes which connect those sacred areas and Kyoto, were designated a UNESCO World Heritage site. 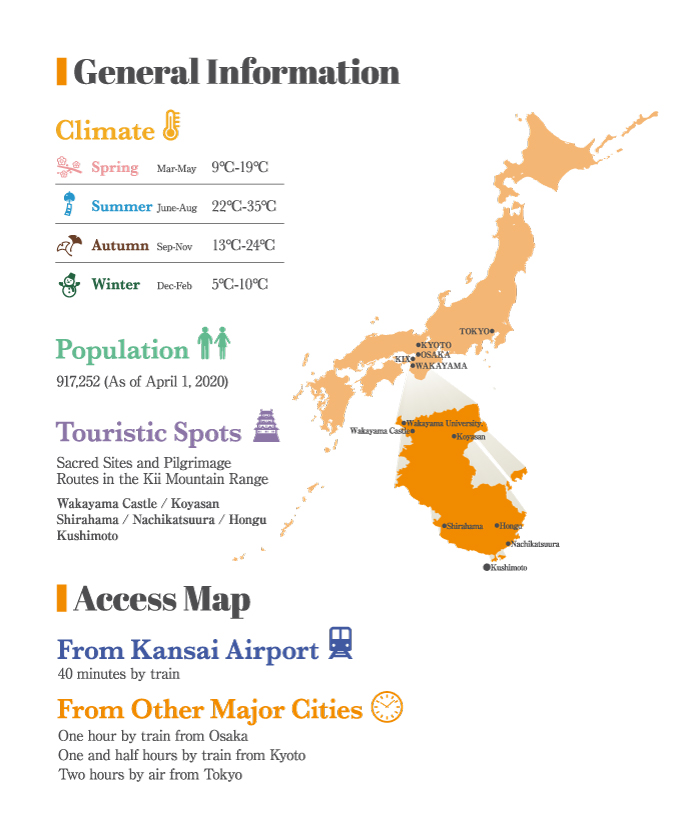